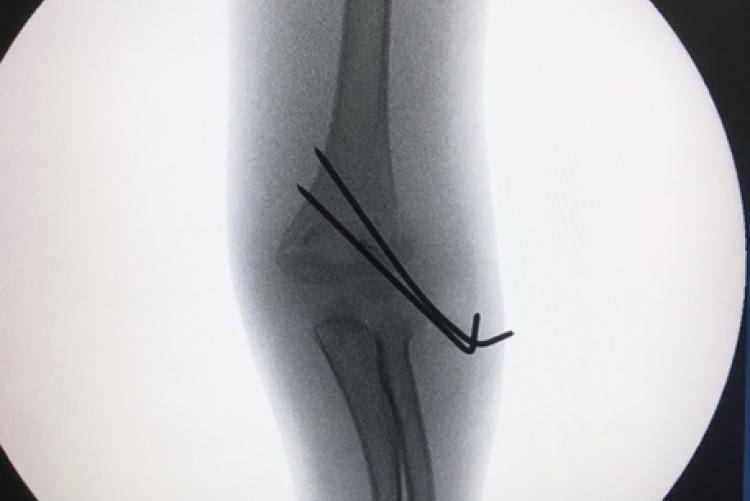 When the school of medicine was started at the University of Nairobi in 1967, Orthopaedics was part of General Surgery.  Its first lecturer was Mr. J.C. Church.  In 1972 the department was created as an offshoot of the surgery department. It had only one lecturer, Dr. M.K. Jeshrani.  There were other lecturers who came for brief periods and left, Dr. Brambattt, Dennis Wainright and others.  The first full orthopaedic professor for the department was Prof. Alberto Bencivenga, a urologist who had done trauma in Switzerland, and was appointed in 1973 from Somalia.  The department was always short of lecturers but Mr. Wainright created a link with The Robert Jones and Agnes Hunt Orthopaedic Hospital in Oswestry England, and this helped a lot in the training of orthopaedics including J.A.O. Mulimba, J.E.O Ating’a, L.N. Gakuu, G.K. Museve, J.C. Mwangi and many more.  The department has been in the forefront of training of orthopaedic surgery in this country.  It did this as part of MBChB and M.Med (Surg) training but in 2008 started an M.Med (Ortho) degree training.  It also trains for other specialities that have something to do with surgery of the bone.  A part from providing high calibre orthopaedic training it also provides clinical services to the KNH in orthopaedics and orthopaedic trauma.  It currently has 14 lecturers composed of three professors, one associate professor, one senior lecturer and nine lecturers.  The department is in the process of setting up a PhD programme in orthopaedics and a study is on to establish a degree in Physical and Rehabilitation therapies.

Chairmen of the department from inception have been:

© University of Nairobi 2021.  All rights Reserved.